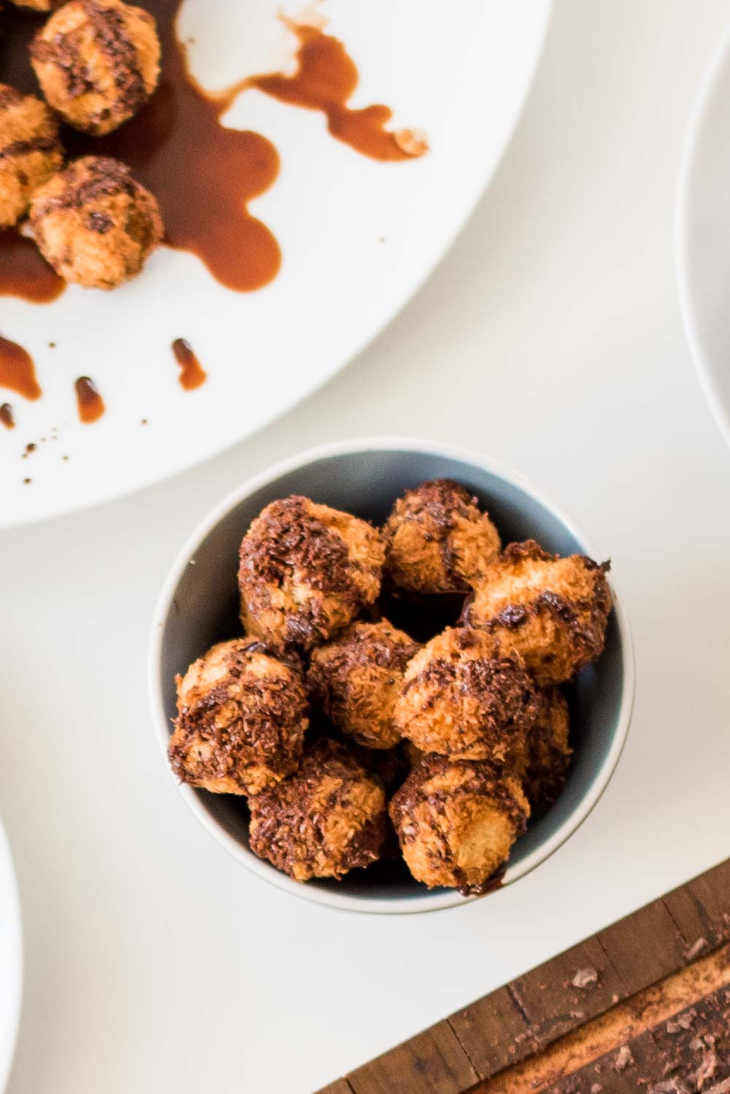 I do a lot of grain-free baking. I also do a lot of cooking and baking for friends with allergies and other dietary restrictions. It can be challenging but I have one simple trick to make it all a little easier on myself. I always look for a recipe that needs as little modification as possible. For example, if I am cooking for a vegetarian friend, I choose a recipe that has no meat instead of one that needs a substitute. This not only makes the process a lot more straightforward, but it also means that I can stick to whole foods as much as possible and I don’t have to rely on highly processed ingredient replacements. These Paleo chocolate coconut macaroons are a great example of that principle. Coconut macaroons are naturally flourless, which makes them a perfect candidate for a Paleo makeover.

Where Do Coconut Macaroons Come From

It might surprise you, but the delicate French macarons and the sticky sweet coconut macaroon share a common ancestor. Even more surprising, those origins are actually in Italy rather than France. Macaroons (or macarons, the terms were interchangeable at this point) were introduced to France by Catherine de Medici.

As French macarons became more delicate, with more egg whites and finely ground almonds, Jewish communities in Italy used coarsely ground almonds to create a more substantial cookie that could be enjoyed during Passover. Coconut was added for texture and eventually, it replaced the almonds altogether and thus the macaroon as we know it was born!

Did you know that changing the flavor of your macaroons could be as easy as choosing a different type of honey for your sweetener. Don’t be afraid to look beyond the plastic honey bear on the grocery store shelves. There are so many different varieties of honey out there and they all have a distinct flavor. Read on for a few ideas.

Can’t get enough coconut? We’ve got you covered! Coconut plays a role in so many of our recipes but the flavor isn’t always the star of the dish. Here are a just few of our recipes that feature coconut in a big way! 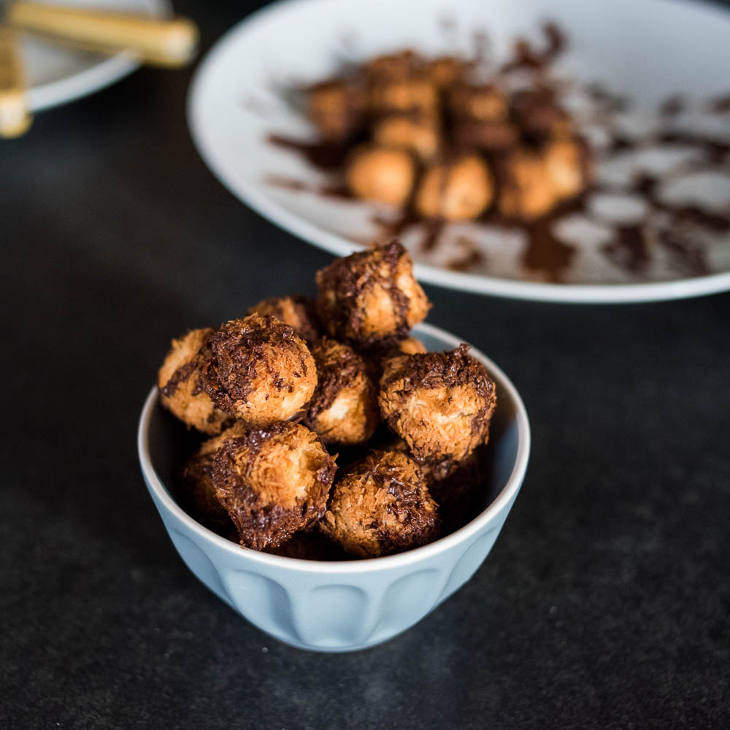 An easy low carb dessert you won’t feel guilty popping in your mouth.