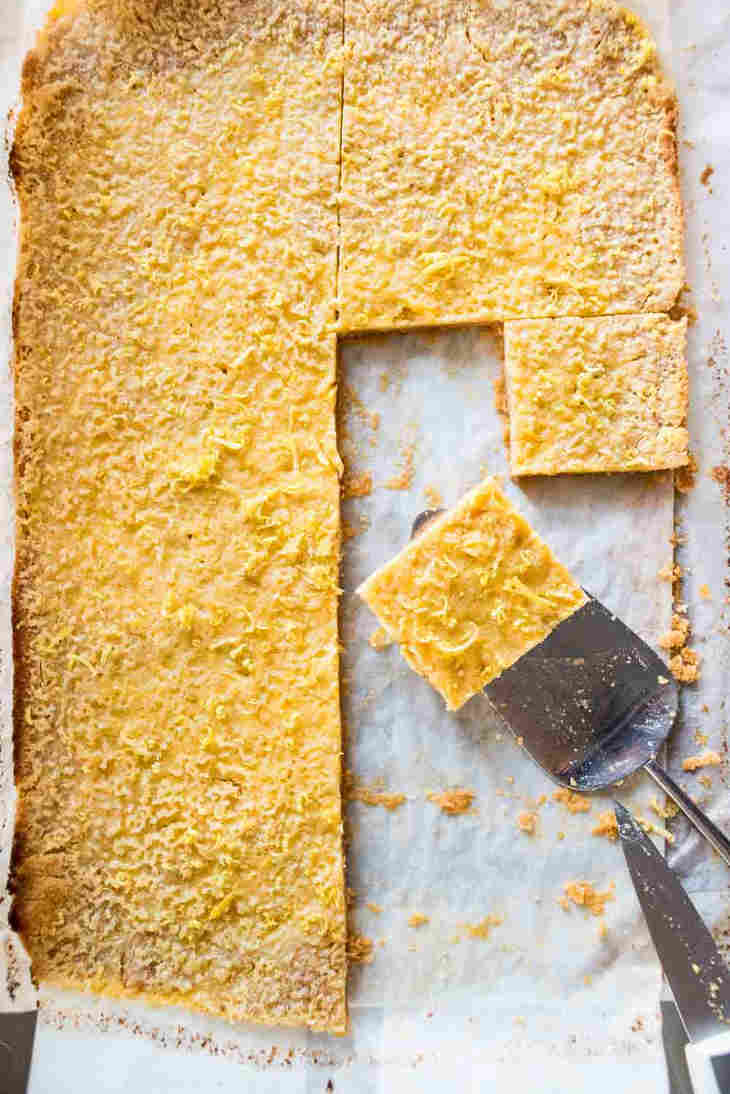 Part of my paleo journey was simply becoming aware of what was in my food. I used to eat pretty mindlessly, actually.

As you’ve probably learned in your own paleo journey, there’s a lot of junk in what the general population eats these days. Homemade lemon bars or squares are no exception.

As with most desserts, there is usually a ton of sugar in lemon bar cookies. There’s also a lot of flour in them. Eggs, butter, and lemon juice round out the ingredients.

How I Made These Bars Paleo

As you probably guessed, the “normal” way of making lemon bars won’t fly for paleo. There are some substitutions necessary to make these fit our diet.

Instead of butter, I use ghee or clarified butter. It’s paleo, it’s delicious, and you should definitely have a jar handy. If you’d like, read more about why ghee is awesome.

Next, I had to think about the flour. I ended up using two different kinds: one for the base, and one for the filling.

For the base or crust, I went with almond flour. This nutty flour offers almost a graham cracker-like crust when mixed with ghee and vanilla extract.

For the filling, I used coconut flour, which can soak up a lot of liquid. In crust, that can get you a dry, crumbly result, but it makes this lemon filling nice and rich when paired with the right ingredients.

The eggs and lemon juice are perfectly fine for paleo, so I left those alone.

The final touch was to swap white sugar for coconut sugar.

Good question. And kind of a tricky question.

Basically, as sugars go, coconut sugar is a good option for paleo. There is some evidence that coconut sugar won’t spike your blood sugar as much as regular sugar.

Coconut sugar also boasts some minerals, including calcium, iron, potassium, and zinc. It’s about on par with honey, another paleo sweetener, and a good option if a dry sugar would work better than a liquid sweetener.

That being said, it’s still not something that should be a staple in your diet. Treats – even paleo treats like these lemon bars – should be eaten in moderation.

If you’d like to read more about coconut sugar, I wrote a nice article that goes into greater detail. 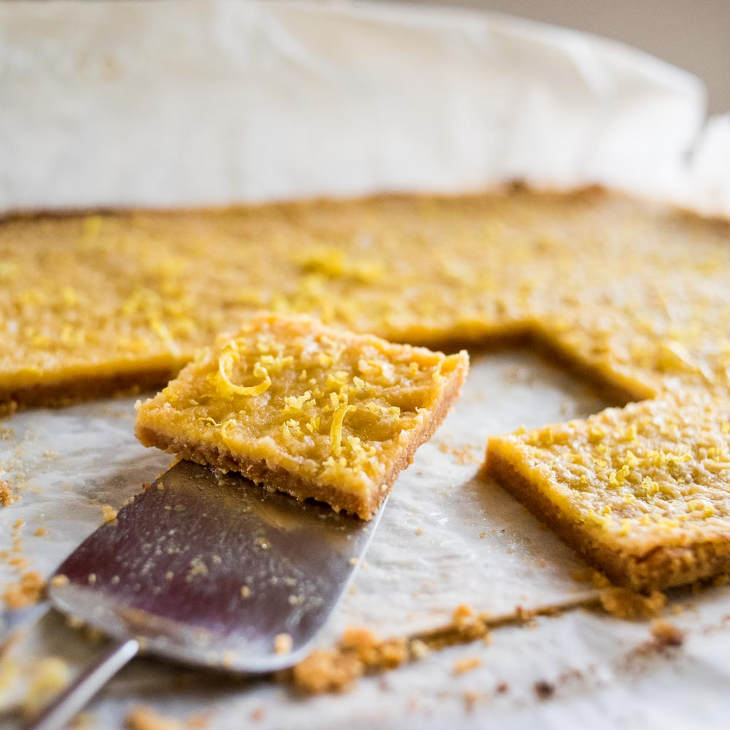 Delicious treat with just the right amount of lemon.