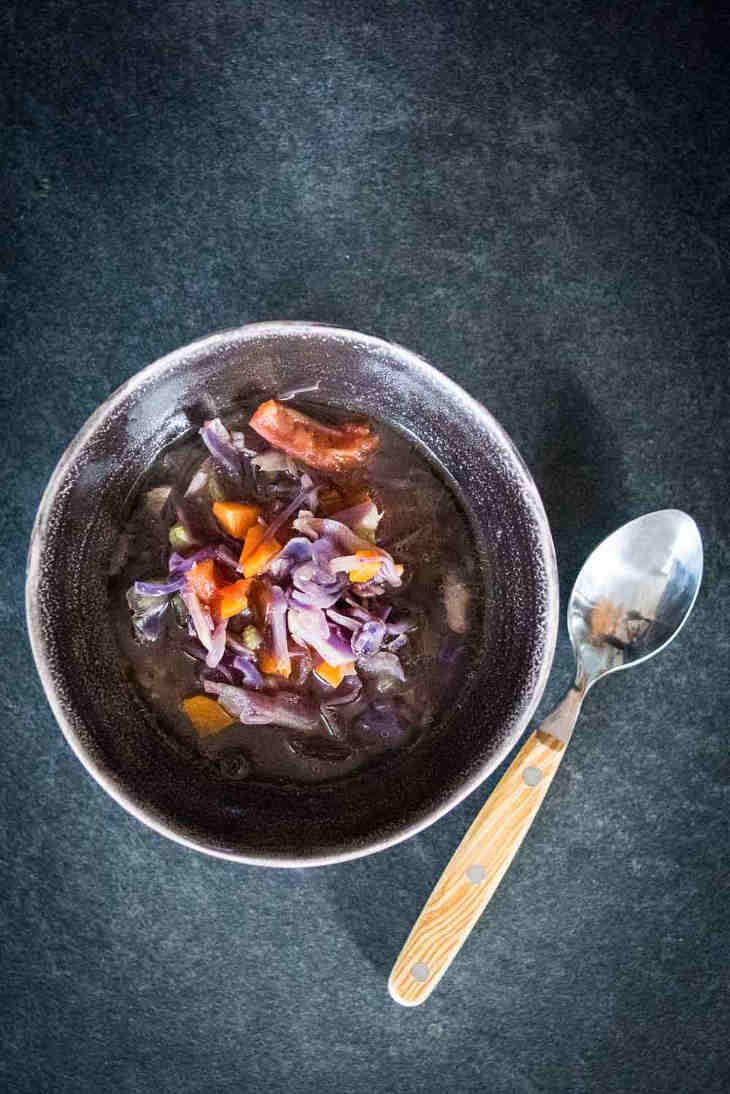 Soup is a cold weather staple across the country and around the world. There are a handful of reliable recipes, chicken noodle, minestrone, clam chowder but what if you are craving something new and different? That’s where this Paleo purple cabbage soup comes in! Purple cabbage is combined with carrots, celery, and onions to create a colorful base. Bone broth and tomatoes are added for a luxurious layered broth and ginger, garlic, and parsley add a fragrant note of excitement. This soup comes from humble beginnings, but the results are anything but ordinary. With its colorful appearance, this soup would be perfect for a fall or winter dinner party. Plus, substitute vegetable broth for bone broth and you have an easy and delicious vegetarian meal that’s Paleo-friendly.

What’s the Story with Cabbage Soup?

Cabbage soup might not be as popular as chicken noodle or French onion here in the United States, but it is traditional comfort food in many other parts of the world. In France, it is called soupe aux choux and in Sweden it’s called kålsoppa but nowhere is cabbage soup more popular than in Russia.

Russian cabbage soup is called shchi and it’s so popular that it’s actually one of Russia’s national dishes. Shchi is believed to date all the way back to the 9th century when it was introduced to Russia by Byzantine traders. Traditionally, Russian cabbage soup contains cabbage, mushrooms, and beef broth but many contemporary recipes contain tomatoes, carrots and other vegetables.

Our cabbage soup recipe isn’t meant to copy any of the traditional versions from around the world, but comfort food is universal, and we captured some of the comforting warmth in our recipe to enjoy in your kitchen.

A Roadmap for the Perfect Vegetable Soup

There are as many soup recipes in the world as there are people making them because everyone makes their soup a little different, but there are a few things that every good soup has in common. Read on for a guide to the best vegetable soup you’ve ever had.

More Paleo Soup Recipes to Get You Through the Winter 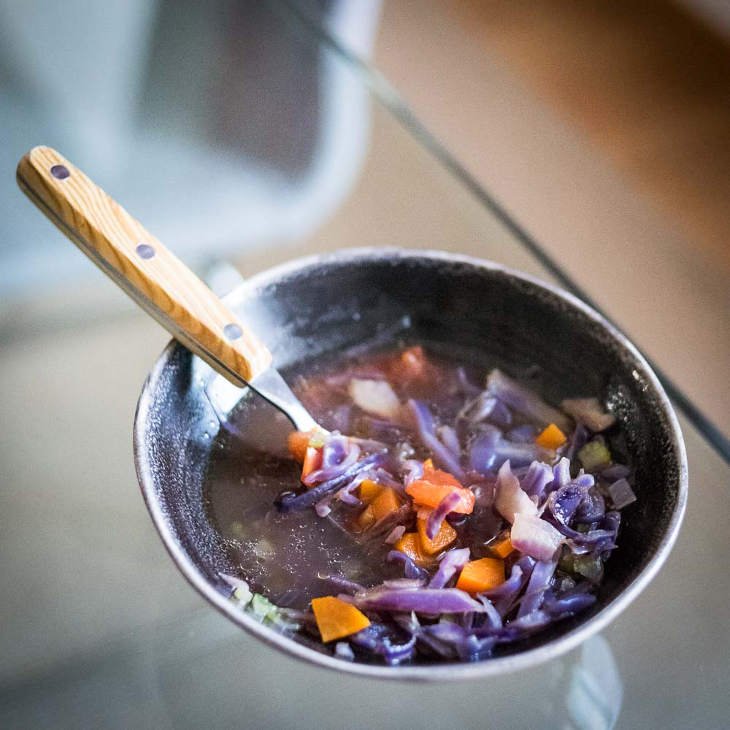 This soup is pretty as a picture and twice as tasty.