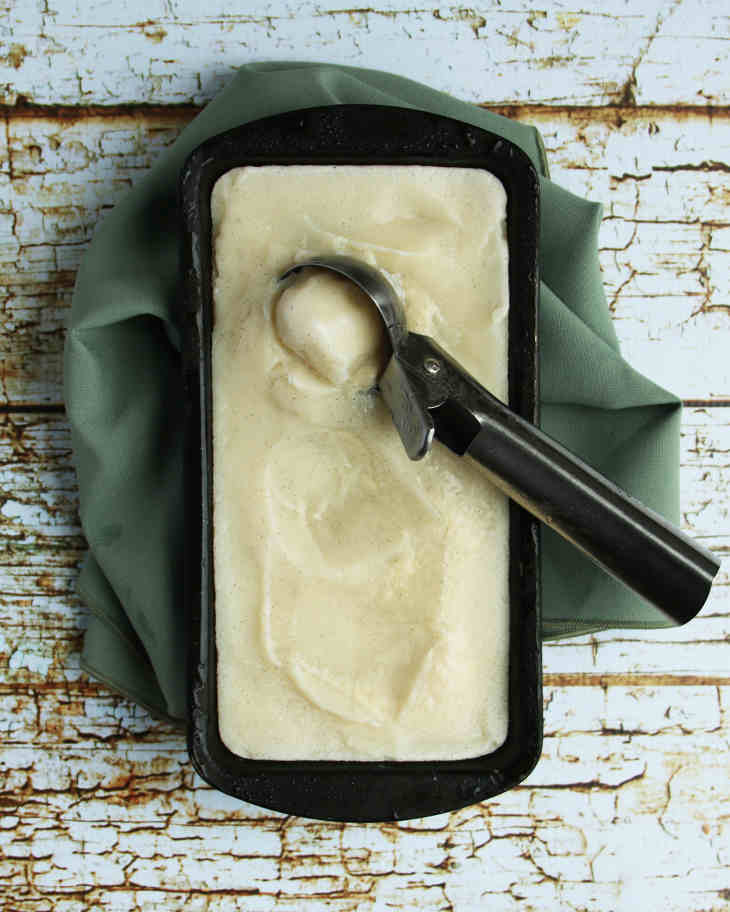 If you’ve never had real Madagascan vanilla, your life is about to change. This Paleo vanilla pod ice cream recipe is out of this world.

Sometimes I have to remind myself that not everyone is a foodie or a chef. I’m not sure if it’s common knowledge that there are different types of vanilla.

There are a few different types of vanilla bean, and they each have unique notes of flavor.

This recipe calls for Madagascan vanilla. Named for its country of origin, Madagascar vanilla is the most popular and flavorful type of vanilla bean.

Mexican vanilla beans are similar, but they are a bit mellower with woody notes. Vanilla originated in Mexico, so as you’d expect, it’s a solid choice.

Another variety is Tahitian vanilla. This vanilla is mild and subtly tropical. It’s frequently used for perfumes, however it is not a great option for baking because the flavor would probably get lost.

You may be most familiar with vanilla extract, which is made by soaking vanilla beans in alcohol. Madagascar vanilla is commonly used.

How I Made Paleo Ice Cream

I replaced the milk and cream with non-dairy almond milk. I was careful to buy the unsweetened variety. It looks a lot like the sweetened version, so be careful.

Then I needed something to sweeten it. Sugar is out, so I opted for maple syrup instead. You could also use honey, but I wouldn’t use both maple syrup and honey. That’s overkill.

If you read ice cream labels, you probably won’t find vanilla. Instead, you’ll find something like “natural and artificial flavors,” whatever that means.

The real vanilla pods you’ll use for this recipe make a big difference, as you’ll taste.

Ice cream is part of summer, and you don’t have to miss out just because you’re Paleo. There are hundreds of recipes out there for you.

But, there’s no need to sift through all of them. I’ve compiled a list of the best Paleo ice cream recipes out there.

I look forward to hearing about your favorite flavor!

You’ve never had vanilla until you’ve tried fresh Madagascan vanilla pods. It will change your life.