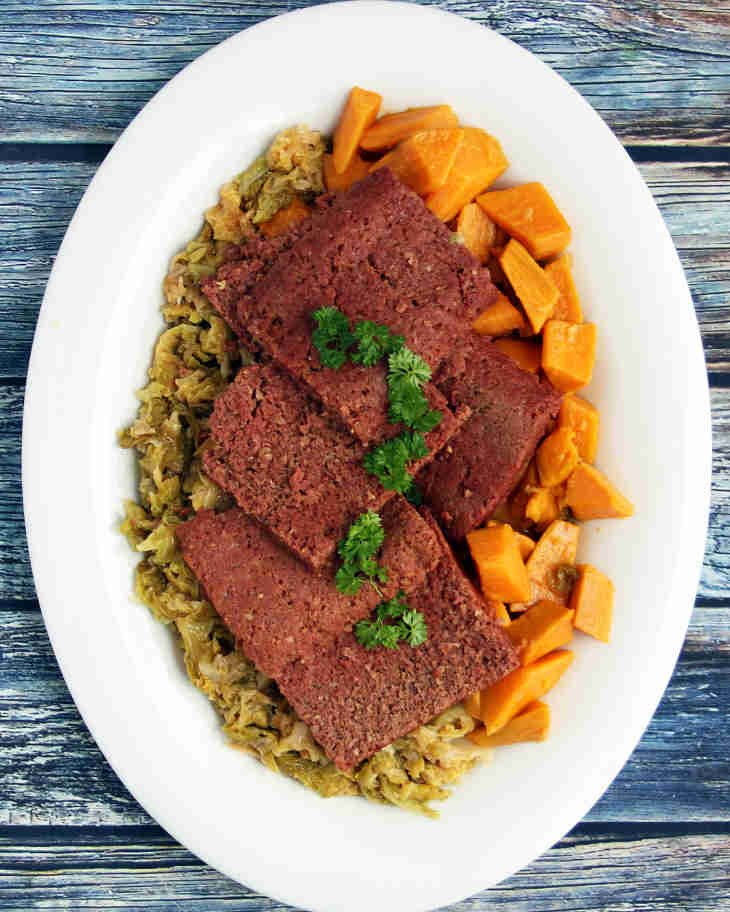 Corned beef and cabbage is the classic Sunday dinner, the kind of thing Irish grandmothers make to feed a crowd. If it’s done right, it is hearty and satisfying. If it’s done wrong, it’s nothing but tough meat and mushy veggies. So if you have only had the latter, give the dish a second chance. Our Instant Pot Paleo corned beef and cabbage is a quicker, healthier take on the classic dish. We’ve used the pressure cooker to cut the cook-time dramatically, and replaced the empty carbs from white potatoes with tender sweet potatoes.

A Short History of Corned Beef and Cabbage

Corned beef is a type of salt-cured beef. It gets its name from the type of salt used in the curing process. The “corns” refer to the large grains of salt. In the US, corned beef is associated with Jewish delis and Irish boiled dinner.

Why Savoy Cabbage Is Perfect for Stews and Braises

Savoy cabbage has dark green leaves with a distinctive bumpy texture. It is believed to have originated in England or the Netherlands but quickly spread across Europe to France, Italy, and Germany. It takes its name from the Savoy region of France, where the climate is perfect for growth. In Italy, it is called cavolo verza, from the Latin word for green.

Savoy cabbage is more tender than other varieties of cabbage in both raw and cooked applications. But, it retains its shape well when cooked, so it is a good choice for braises and stews.

When it comes to getting stews on the table on a weeknight, a pressure cooker is your best friend. Read on for more Paleo-friendly Instant Pot recipes, from pressure cooked stews to staples like yogurt.

This satisfying one-pot pressure cooker meal is ready to go in just 20 minutes.